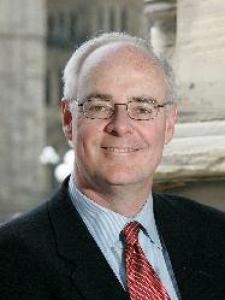 A descendant of one of Canada’s most prominent manufacturing families, Mr. Beatty grew up in Fergus, Ontario, and graduated from the University of Western Ontario in 1971. A year later he was elected to the House of Commons as a Progressive Conservative and in 1979 he was appointed Minister of State (Treasury Board) in the government of Joe Clark, at the time the youngest person ever to serve in a federal Cabinet. He held six additional portfolios in subsequent Progressive Conservative governments, including National Revenue in 1984, Solicitor General in 1985, National Defence in 1986, Health and Welfare in 1989, Communications in 1991, and Secretary of State for External Affairs in 1993.

Following the 1993 federal election, Mr. Beatty joined a number of private sector boards and worked as a consultant in the field of communications. He was an Honourary Visiting Professor with the Department of Political Science, University of Western Ontario, where he taught a course in Communications Technologies and Public Policy. He also wrote a weekly column on government and politics for a major Canadian newspaper.

Mr. Beatty was appointed President and CEO of the Canadian Broadcasting Corporation (CBC) in 1995. Mr. Beatty serves on a number of Canadian government advisory committees covering issues that include national security, border management, privacy and international trade. He is also a member of the Advisory Council of the Canadian Defence and Foreign Affairs Institute and served for five years as Business Co-Chair of the Canadian Labour and Business Centre.